The National Cotton Council (NCC) steadfastly reached out to the Administration and Congress in the U.S.-China negotiations – emphasizing the importance of quickly reaching a trade agreement with China that provided structural improvements to market access in China for U.S. cotton and cotton textile products.

One of the first actions on this issue was the NCC's joining with more than 40 other agricultural organizations on a letter to President Trump. The letter highlighted the importance of the Administration engaging with China to address long-standing trade and subsidy policy concerns along with intellectual property rights and technology transfer practices. However, the groups noted the 1) critical nature of the trade relationship with China due to the retaliatory tariffs and 2) importance of removing the tariffs imposed by the United States once an agreement was reached so that more robust trade in agricultural commodities could resume. 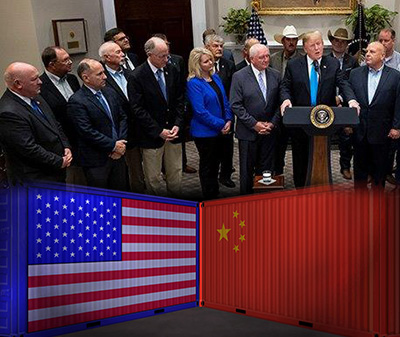 NCC Chairman Mike Tate wrote to Agriculture Secretary Sonny Perdue outlining the cotton industry’s analysis of the cotton market impact and recommendations for the structure of the Administration’s second round of trade assistance – to offset the retaliatory tariffs from China as part of the ongoing trade dispute. For the second Market Facilitation Program round, the NCC recommended that the program: 1) be based on recent planted and prevented planted acreage; 2) use the higher of actual yields, approved APH insurance yields, or PLC payment yields; 3) fully reflect the magnitude of the market price impacts; and 4) avoid application of payment limits or means testing to the program because all production and acres are affected by the price decline. The NCC also urged USDA to 1) assist the participants in the cotton distribution and marketing channels to offset the higher costs associated with shipping cotton to alternative markets and 2) recognize the significant impacts on the cottonseed segment and their product markets.

The NCC distributed a release in which it conveyed its appreciation to the Trump Administration for instituting a second round of trade mitigation payments. NCC Chairman Tate said this assistance was timely as many producers across the Cotton Belt were still feeling the impact from severe weather-related events in 2018. He noted that the assistance program continued the provision of funds for export promotion which the U.S. cotton industry needed to expand markets for its raw fiber. He strongly encouraged the Administration to engage in constructive dialogue with China to address unfair trade practices and barriers.

After USDA announced a $16 billion package through the Market Facilitation Program, Food Purchase and Distribution Program, and the Agricultural Trade Promotion Program (ATP), the NCC issued a release in which it conveyed its appreciation of the Trump Administration for recognizing the economic pressures caused by the trade tensions with China and providing this support to assist American farmers. NCC Chairman Tate noted cotton futures prices had fallen by 30 cents per pound since summer 2018 -- which equated to about $250 less revenue per acre for a producer with average yields. Tate also noted that the U.S. cotton industry was grateful to the Administration for its allocation under the ATP to promote cotton and cotton manufactured products.

The NCC joined with 18 other organizations on letters organized by the National Council of Textile Organizations (NCTO) to leaders of the House and Senate Armed Services Committees. The groups strongly urged the Committees to maintain and strengthen the Berry Amendment provisions in the 2019 National Defense Authorization Act (NDAA) -- which supported the domestic manufacture of textiles, apparel, and other sewn products as well as footwear. The NCC also continued to work with NCTO and other partners to protect the Berry Amendment provisions as the NDAA bill moved through Congress.

Throughout the year, the NCC continued its advocacy and education efforts with Congressional Members to help build the support necessary to get the U.S.-Mexico-Canada Agreement (USMCA) approved in 2019.

Specifically, the NCC was among a group of 68 agriculture and food associations and companies which wrote to Congressional leadership in support of timely USMCA passage. The NCC, along with nearly 1,000 other agricultural organizations, sent another letter to Congressional leadership urging swift USMCA passage. That letter outlined the many benefits that would stem from the ratification of USMCA including an additional $2.2 billion in U.S. economic activity, freer markets/fairer trade, and certainty in the North American market. 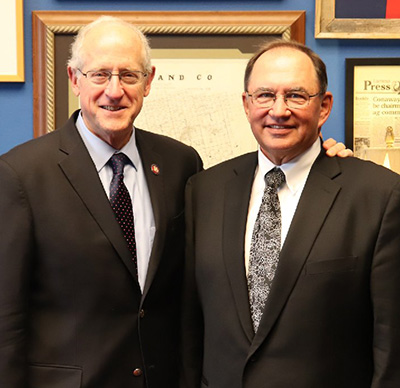 NCC Chairman’s Mike Tate’s visit with Rep. Mike Conaway (R-TX) was part of the NCC’s outreach to the Administration and Congress regarding a push for a timely U.S.-Mexico-Canada agreement.

The NCC issued a release commending President Trump and his Administration for the outcome of negotiations with Mexico and Canada to remove the U.S. Section 232 tariffs and the corresponding retaliatory tariffs. The NCC also 1) continued to help educate Members of Congress “on the importance of timely USMCA approval to restore certainty in the North American market, which represents significant export market share for both U.S. cotton and cotton textile products” and 2) joined other textile and fabric groups, including NCTO, on a letter to the chairmen and ranking members of both the Senate Finance Committee and the House Ways and Means Committee -- urging Congress not to threaten final passage of the USMCA by including controversial unrelated trade measures in any way. The letter noted that the USMCA made important improvements over the current agreement for domestic textile manufacturers and workers, including a stronger rule of origin for certain regional textile products.

In the House, the USMCA working group appointed by the Speaker accelerated its negotiations with U.S. Trade Representative Robert Lighthizer to reach agreement on the changes Democrats were seeking before bringing USMCA up for a vote.
Late in the year after the Administration reached an agreement with Congress and the governments of Mexico and Canada on the final terms of the U.S.-Mexico-Canada Agreement (USMCA), the NCC issued a statement supporting the final USMCA and urging swift Congressional approval. The NCC and the National Council of Textile Organizations, along with other cotton and textile industry groups, also sent a letter of support to the House prior to its overwhelming passage of the USMCA.

The NCC joined other members of the “Coalition to Promote U.S. Agricultural Exports” in writing to the House Appropriations Committee’s Agriculture, Rural Development, Food and Drug Administration and Related Agencies Subcommittee leadership -- requesting their strong support for maintaining vital funding for USDA’s agricultural export programs. The letter noted that these programs included the Market Access Program and Foreign Market Development program, both of which provide critical funding for Cotton Council International’s worldwide activities.