After the U.S. Trade Representative filed a World Trade Organization (WTO) complaint against China’s price supports for corn, wheat and rice, the National Cotton Council (NCC) issued a statement in which President/CEO Dr. Gary Adams stated, “The U.S. decision to pursue a challenge against Chinese agricultural subsidies for grain crops reflects a growing desire in the United States and abroad to address more effectively the range of policies in major developing countries that affect agricultural markets.” Adams also noted that through the semi-annual dedicated discussions established by the WTO in December 2013, cotton is the only agricultural commodity with an explicit mechanism that allows for the multilateral evaluation of domestic support, export subsidies and market access. Adams stressed the importance that the multilateral discussions also review policies in all fiber markets, including synthetic fibers.

As a result of the anti-dumping investigation of U.S. cotton, the Turkish Ministry of Economy released a report calling for the imposition of duties on U.S. cotton imports. As a result, NCC staff travelled to Turkey to participate in a public hearing and present comments opposing the report's findings. The agriculture attaché from the U.S. Embassy presented a statement opposing the investigation's process on the basis that it violated the WTO Anti-Dumping Agreement. Several Turkish textile representatives opposed the duty, noting the significant economic harm that would result from the duties. The NCC also filed a post-hearing brief to address some issues raised in the public hearing and emphasized points against the imposition of duties. 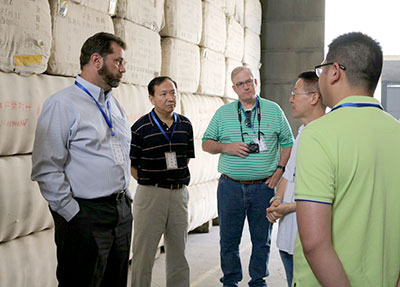 A group of eight Senators, led by Senator Johnny Isakson (R-GA), sent a letter to U.S. Trade Ambassador Michael Froman and Secretary of Commerce Penny Pritzker relaying their continued concern about the Turkish investigation. The letter noted the Senators were troubled by the Turkish government's final disclosure report and that if duties were applied, the U.S. cotton industry would suffer significant economic harm. The letter asked that these concerns be forcefully raised during the WTO's Trade Policy Review of Turkey.

Later, a three percent CIF (cost, insurance and freight) duty was imposed on all U.S. cotton fiber imports into Turkey following the Turkish government’s release of its final decision. In response, the NCC issued a news release noting that Turkey was the second largest export market for U.S. cotton with annual shipments ranging between 1.5 and 2.0 million bales and that these duties automatically put U.S. cotton at a competitive disadvantage to cotton produced in other countries, thus seriously jeopardizing business with Turkish mills. The NCC also reiterated its steadfast disagreement with assertions that U.S. cotton was dumped into Turkey injuring that country’s domestic fiber market. 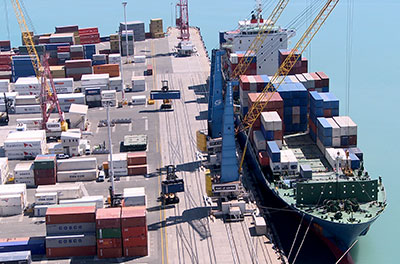 The NCC joined other groups in support of the U.S. Coast Guard commandant’s interpretation of the container weight amendment to the Safety Of Life At Sea Convention.

NCC Chairman Shane Stephens led an industry leadership delegation to China to share information with the Chinese cotton/textile industries and update them on the U.S. cotton industry. The visit was the seventh U.S. cotton industry delegation to China since the establishment of the U.S.-China Cotton Leadership Exchange Program by the NCC and the China Cotton Association in 2006. That year, an ongoing exchange was initiated by a signed Memorandum of Understanding promising cooperation between the two countries’ cotton industries.

The NCC also joined 127 other groups representing wholesalers, retailers, importers, exporters, distributors, transportation and logistics providers, and other supply chain stakeholders on a letter urging both the International Longshore and Warehouse Union and the Pacific Maritime Association to begin early discussions on either a contract extension or a new contract. The coalition said it believed that an early agreement would provide the stability and predictability needed for global competitiveness -- that would benefit all stakeholders (labor, terminal operators, cargo owners, etc.) who rely on West Coast ports.

Earlier, the NCC had joined other agriculture, forest products, manufacturing and recycling industries on a letter to Rear Admiral Paul Thomas, the commandant of the U.S. Coast Guard, supporting his interpretation of the container weight amendment to the Safety Of Life At Sea Convention. The letter thanked Admiral Thomas for his interest in balancing the need to assure safety at marine terminals and on ships, while allowing cargo to move into and through U.S. marine terminals without disruption and delay, and to enable U.S. exports to be globally competitive. The amendment, unless applied rationally in the manner suggested by the Admiral, would have created U.S. supply chain disruption and delay, a competitive disadvantage for U.S. exporters, and expensive and disruptive new electronic data interchange software and processes.

In other trade activity, USDA’s Foreign Agricultural Service translation of China’s new policies for shipments from Zika-affected countries indicated that “… experts determined that due to the low risk of Zika transmission through shipments of cargo, vessels originating from the United States, other than the state of Florida, do not require disinsection certification.”