Given clear direction from its delegates at the the National Cotton Council’s Annual Meeting in early 2006, the (NCC) moved throughout the year with strong purpose, focus and energy in addressing industry priorities. A major portion of that work agenda was seizing every opportunity to state the NCC’s position on farm policy with the Administration and with lawmakers. That included providing testimony at Congressional listening sessions and field hearings and meeting one-on-one with key Senators and Representatives.

As 2006 drew to a close, we continued to hammer home the message that the 2002 farm law enjoys significant support among cotton producers. We believe that direct and counter-cyclical payments provide income support without distorting planting decisions. It is important to continue providing a marketing loan that is available on all production. However, we recognize that some changes may be necessary in order to better respond to the new emphasis on export markets and the termination of Step 2. There should be no further reduction of payment limitations, which already unfairly penalize growers. Conservation programs should continue to be operated on a voluntary, cost-share basis as a complement to, but not as a substitute for, commodity programs.

We did not stand alone.

Testimony from other commodity groups at Senate field hearings signaled strong support for the 2002 legislation. Subsequently, Congressional consideration for some type of farm bill extension in 2007 cannot be ruled out.

Factors we see affecting farm policy development and the timing of new legislation include: 1) budget considerations and 2) the suspension of the World Trade Organization Doha trade talks, which would remove, for the near future, one of the primary external forces on farm bill development.

The NCC poured considerable energy into the Doha Round negotiations. Leadership and staff continued to work closely with the U.S. Trade Representative’s office, USDA, Congress and other U.S. agricultural groups to: 1) counter any efforts to further isolate cotton and 2) insist that countries commit to meaningful and permanent market access for U.S. agricultural products.

The NCC will continue to work with USDA and the USTR in developing a defense against Brazil’s charges that the U.S. had not complied with the previous ruling of the WTO Dispute Settlement Body regarding certain aspects of the U.S. cotton program. The Panel is scheduled to render its decision in early 2007.

With the growing strength of overseas demand for cotton, the 2005-06 marketing year was the fifth consecutive year of record high U.S. raw cotton exports. The 2005-06 exports, in fact, increased by almost 25 percent over the 2004-05 export volume. Exports of U.S. cotton thread, yarn and fabric also were strong this year, breaking another record.

Operating in 50 markets worldwide and celebrating its 50th anniversary, Cotton Council International intensified the promotion of U.S. cotton’s quality, reliability and service. The NCC’s export promotion arm also stepped up its role in expanding foreign demand for U.S. cotton. This included several new promotional programs in China. The 2006 Sourcing USA Summit also was a resounding success – attracting a contingent of global cotton buyers with more purchasing power than ever.

Another NCC priority was improving the business environment and U.S. cotton’s infrastructure to enable the industry to thrive in the global marketplace.

For example, it was clear that USDA gave serious consideration to the industry’s consensus positions in its final rule on changes to regulations governing storage, handling and ginning requirements for cotton pledged as collateral for a marketing assistance loan.

NCC leadership also had a concentrated dialogue with Wal-Mart’s textile sector management representatives regarding the company’s sustainability initiative. Our producer leadership stressed that Wal-Mart should give strong consideration to the attributes of sustainable U.S. conventionally- and organically-grown cotton.

Precedence also was given to crop protection and availability of crop protection products. The NCC’s Boll Weevil Action Committee, for example, furthered the transition to activities designed to protect against re-introduction and re-infestation while the NCC’s Pink Bollworm Action Committee coordinated pink bollworm eradication expansion options.

The Cotton Foundation’s support of cotton research and education is as strong as ever. One example was the addition in 2006 of two new special projects -- a Multi-Commodity Education Program and an online Weed Resistance Management Course. 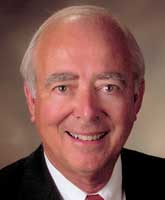 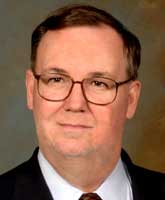