Major activities carried out during 2017.

Early in the year, the National Cotton Council, along with 15 other farm and commodity organizations, sent a letter to President-elect Donald Trump and Vice President-elect Steve Pence outlining the importance to U.S. agriculture of strong exports, open export markets, and positive trade promotion and agreements. The letter noted that China, Canada and Mexico represent U.S. agriculture’s top three export markets and that, “Disrupting U.S. agricultural exports to these nations would have devastating consequences for our farmers and the many American processing and transportation industries and workers supported by these exports.”

The NCC, along with other major agricultural and commodity organizations, met with Gary Cohn, director of the President’s National Economic Council, to discuss the importance of exports and trade policy to U.S. agriculture. The meeting provided an opportunity to hear directly from Administration officials about their objectives for trade policy with respect to existing agreements, such as the North American Free Trade Agreement (NAFTA), and for potentially new bilateral and other trade agreements. 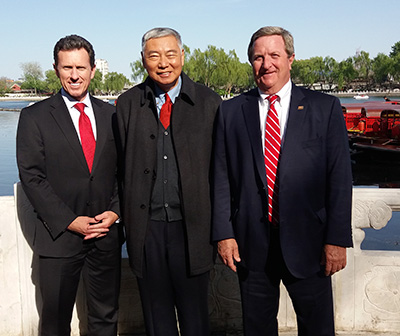 The NCC joined with more than 100 other agricultural organizations on a letter of support to all Senators urging Robert Lighthizer’s timely confirmation as U.S. Trade Representative (USTR). The letter noted his extensive trade policy and trade negotiation experience with a career that included work on Capitol Hill, at USTR and in private practice. Later, the NCC issued a statement saying it was pleased with the Senate’s confirmation (82-14) of Lighthizer calling it an important step for promoting fair trade and export development.

The NCC joined with 88 other organizations participating in the U.S. Food and Agriculture Dialogue for Trade on a letter to all Senators urging the timely confirmation of the Trump Administration’s nominee, Gregg Doud, as USTR’s chief agricultural negotiator. The NCC and more than 100 other organizations then sent a letter to the Senate Finance Committee in support of Doud.

Late in the year, the NCC issued a statement in which Chairman Ronnie Lee thanked the leadership of U.S. Trade Representative Robert Lighthizer and the U.S. negotiating team for their support of U.S. farmers at the World Trade Organization’s (WTO) 11th Ministerial Conference held in Argentina. Lee said the team’s efforts were especially important for cotton, “as some WTO members continue to call for concessions above and beyond the reforms we have already made, without anything in return.”

The NCC closely monitored negotiations and worked with the National Council of Textile Organizations to ensure that the entire U.S. cotton supply chain’s interests are protected within this important trade agreement.

After USTR Lighthizer sent a letter to Congress providing notice of the Administration’s intent to renegotiate the NAFTA, the NCC issued a statement in which Chairman Ronnie Lee said the NAFTA trading partners of Canada and Mexico were significant markets for U.S. food and fiber exports. He said that Mexico, with purchases exceeding 1 million bales, has emerged as one of U.S. raw cotton’s top five export destinations, and noted that NAFTA plays a critical role in North America’s highly integrated textile and apparel supply chain.

The NCC was joined by the American Cotton Shippers Association (ACSA) and AMCOT on comments submitted to the Federal Register regarding the Administration’s NAFTA negotiating objectives. The comments noted the trade pact was crucial to the industry’s long-term survival -- in large part due to the duty-free trade in raw cotton and cotton textile products. The comments asked for the elimination of tariff-preference levels that allow certain fabrics and yarns to enter a NAFTA country from a third country, be processed into a finished textile product, and still receive duty-free treatment. Among other modernizations sought were 1) strengthening provisions covering a statute that requires the U.S. Department of Homeland Security to purchase only textile products with 100 percent U.S. content, with limited exceptions and 2) establishing a customs enforcement task force to combat duty evasion and other forms of textile-related customs fraud. 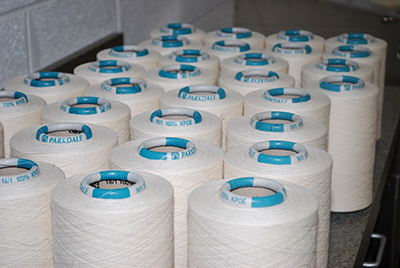 NCC comments submitted to the Federal Register regarding NAFTA negotiations noted that the trade pact was crucial to the industry’s long-term survival -- in large part due to the duty-free trade in raw cotton and cotton textile products.

Reece Langley, the NCC’s vice president of Washington Operations, conveyed the U.S. cotton industry’s key trade priorities and objectives to the Administration’s Trade Policy Staff Committee, which held three days of hearings to receive input on the NAFTA renegotiation. His testimony recommended 1) “do no harm” approach to maintain the tremendous benefits that NAFTA currently provides to the U.S. cotton and textile industry, 2) the existing exceptions/loopholes within the yarn forward rule of origin in NAFTA be eliminated so that the agreement’s benefits accrue to the countries that are a part of NAFTA rather than to countries outside the agreement, and 3) a greater focus be placed on customs enforcement by strengthening the resources and coordination between the three NAFTA countries to minimize customs fraud in textile products trade.

When the United States, Canada and Mexico began the second NAFTA negotiating round, the NCC joined 25 other groups on a letter to Lighthizer, Cohn, Commerce Secretary Wilbur Ross and Agriculture Secretary Sonny Perdue. Concerns outlined included a proposal to change trade remedy provisions in NAFTA to allow for antidumping duty cases to be brought based on seasonal or regional concerns and asking that the proposal not be put forward by the United States. The letter noted that such a proposal would threaten the existing consistent, duty free access for agricultural products to Mexico and Canada. The NCC also joined a group of organizations representing U.S. food and agriculture on another letter to those four officials thanking them for their recognition of NAFTA's importance to these industry sectors. However, the letter did ask that "as part of the efforts to 'do no harm' to our industry, a modernized NAFTA contain dispute settlement mechanisms that will protect U.S. exports from future trade barriers imposed counter to the market access goals of this agreement."

Ahead of the fourth round of NAFTA negotiations, the NCC, along with seven other textile and fabric organizations, sent a letter to the leadership of the Senate Finance Committee and House Ways and Means Committee in support of the Administration’s proposal to update and improve the textile and apparel rules of origin by eliminating the Tariff Preference Levels.

After the fourth round was concluded, the NCC closely tracked the negotiations in an effort to protect this important export market access for U.S. cotton and cotton textile products, while seeking opportunities to close loopholes that currently exist for some non-NAFTA origin textile products to enter the United States. Also, a diverse agricultural coalition including the NCC and 85 other organizations sent a letter to Ross expressing the significant market risks of a NAFTA withdrawal. The letter noted that a U.S. withdrawal would cause "immediate, substantial harm to American food and agriculture industries and to the U.S. economy as a whole.”

In addition, the NCC joined more than 100 other groups on a letter to Lighthizer urging the Administration not to eliminate NAFTA’s trucking provision in an updated agreement. The letter noted the dependence on the trucking industry in both the United States and Mexico to safely and efficiently haul products and that the provision’s elimination would have a long-term negative impact on businesses.

In other trade-related activity, the NCC joined groups representing manufacturers, farmers and agribusinesses, wholesalers, retailers, importers, exporters, distributors, transportation and logistics providers, and other supply chain stakeholders on a letter applauding the International Longshore and Warehouse Union and Pacific Maritime Association for agreeing to early discussions on a contract extension.